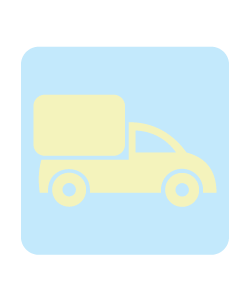 If you are going to invest your hard-earned cash in auto accessories, you will want to make sure you are spending your money well. The aim of the site is to bring you lots of useful info which will help you to understand how best to accessorise your car. We aren't claiming to be experts but we have spent months and months researching the different types of accessories you can use to make your auto look fantastic while also increasing its functionality. We would like to thank you for taking the time to check out this blog. We hope you enjoy it!

Below are some misconceptions about car racks that can put vehicle owners off this accessory.

They damage a car's roof and its tyres

Some drivers who've never used roof racks before are of the mistaken belief that this accessory can damage a car's roof and tyres. For example, some think that the parts of a roof rack that are secured to the roof panel may dent these sections if left on for too long or that the rack might bear down on the vehicle and thus make its tyres deteriorate or lose air much too quickly.

None of these things are true. In reality, because most modern roof racks that are made for average-sized cars are lightweight, they do not usually increase a car's load in a significant way. This means that the only way in which using a rack might affect the tyres' pressure-loss or deterioration rate would be if the vehicle owner overstuffed their rack with more than it or the vehicle was designed to hold or if they purchased an unusually heavy rack that was made to be used on far larger vehicles. Additionally, as long as a rack is installed with care, it is almost impossible for its components to leave indentations in the roof panel.

The other misconception about roof racks is that drivers whose vehicles come with large boots don't need them. Whilst this might be true for those rare drivers who don't keep anything but their car-related essentials in their vehicles, it's not the case for most people with spacious vehicles.

The reason for this is that roof racks are not used solely to hold large things for which there is no room in a vehicle's boot. They can also allow drivers to travel with objects that are too malodourous or messy to store inside their vehicle. For example, if a person needs to take a used hamster cage or fish tank to a new location, putting this item on their roof rack, even if there plenty of space for it in their car's boot, would mean that they wouldn't have to inhale this terrible odour when driving (which could happen if there is an opening between their boot and the rest of their car interior that allows the smell to waft) or need to worry about their boot reeking of fish or hamster for ages afterwards.